Letter Book: B is for birds 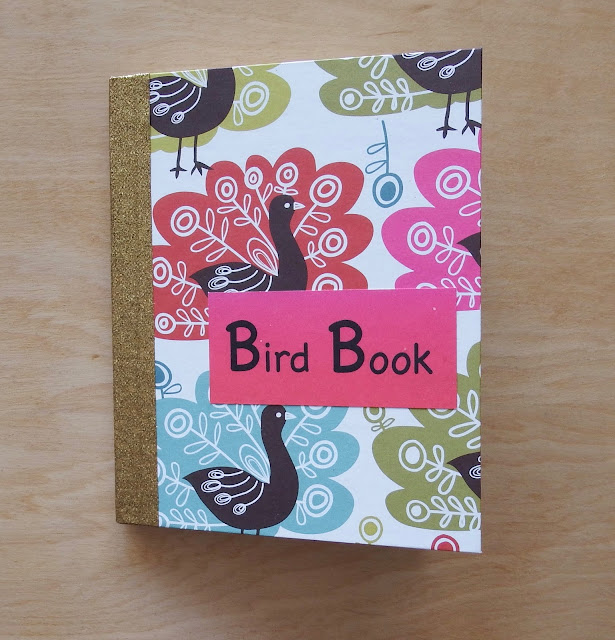 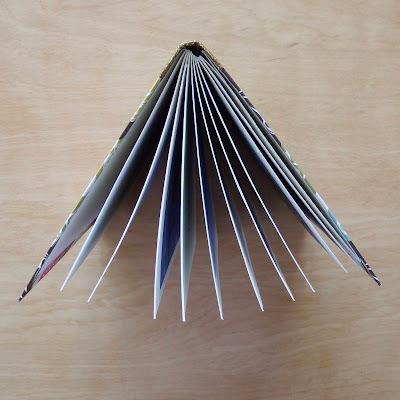 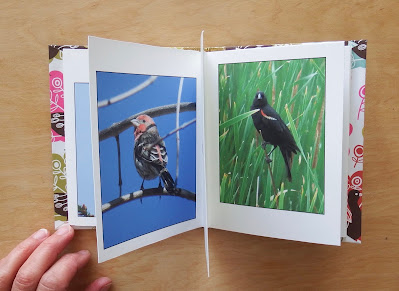 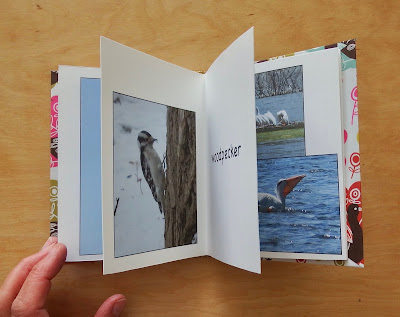 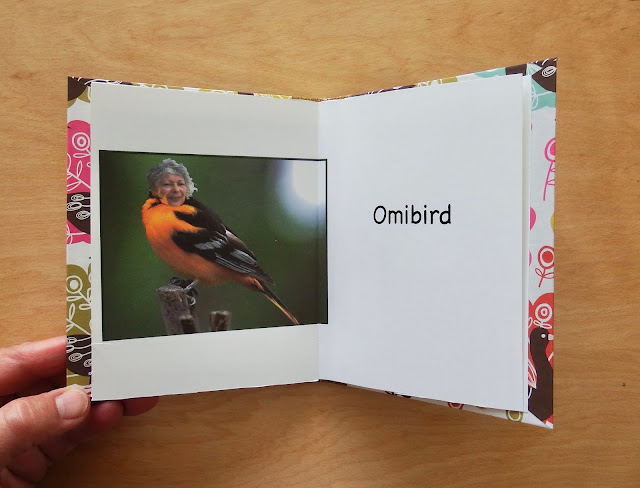 I had a wool blanket in my cupboard that once belonged to my parents. It had an Eaton's label on it so it had been around for a long while. I have pulled it out before and thought about what I could do with it. Then I toss out the idea and put the blanket back in the cupboard. This week I pulled it out again. 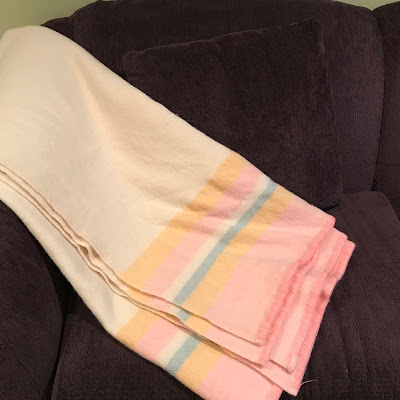 Before starting, I washed it. I was quite willing for there to be some felting. It came out looking pretty much the same as before.

I altered a pattern I have had since the '90's and made a practice piece out of cotton. After making some more alterations, it became the lining. I cut the pieces out of the blanket. I wanted the stripes to go around the bottom of the sleeves, so had to set up the pieces with that in mind. 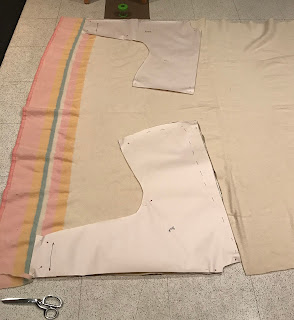 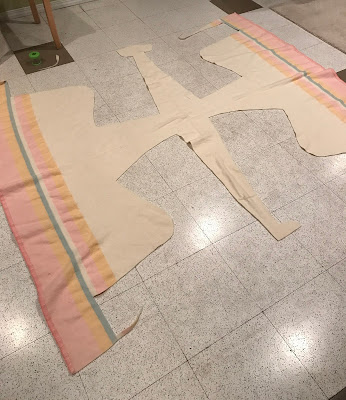 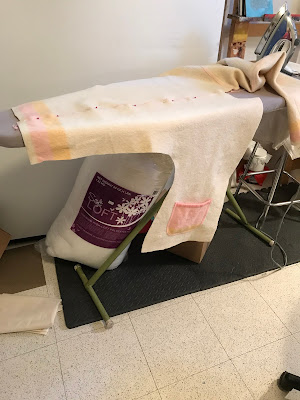 I knit a neckband. 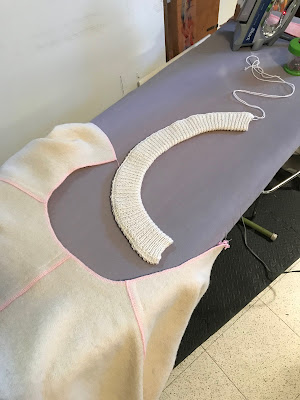 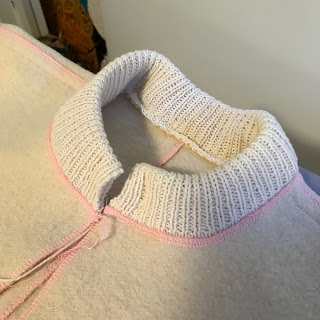 I made use of the blanket binding for the front band and the pockets. 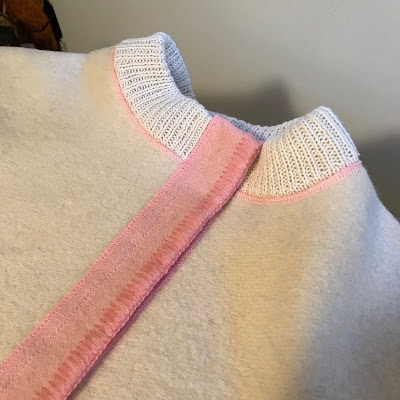 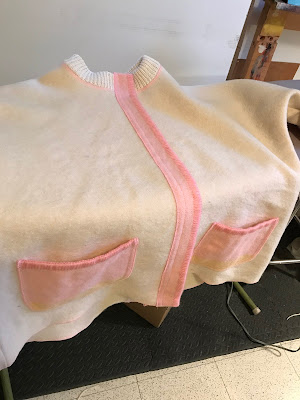 The finished jacket.
One thing that pleases me is that I was able to make use of things I already had. Even the buttons. They came out of Mrs. Schlosser's button tin. 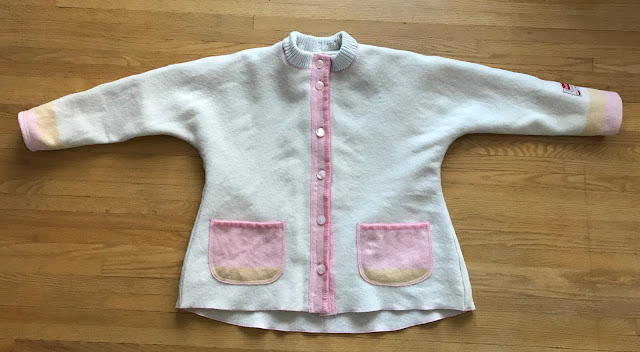 Yes, that is rick rack. 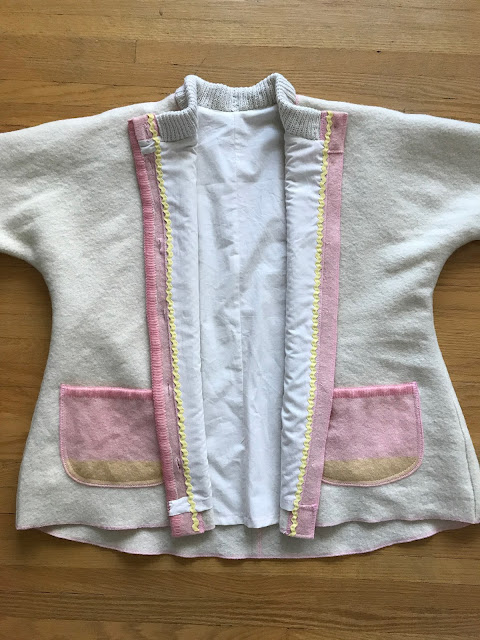 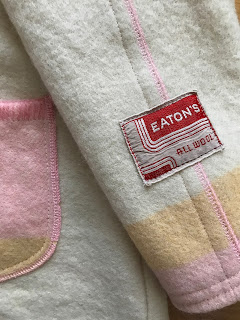 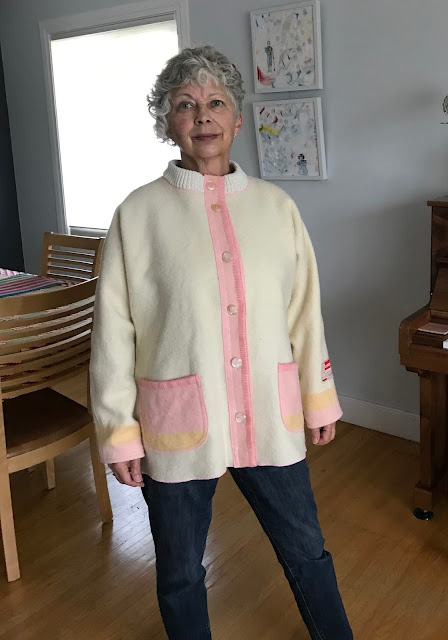 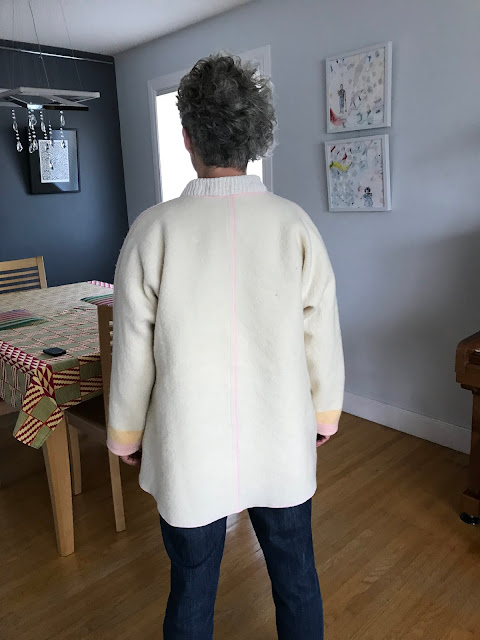